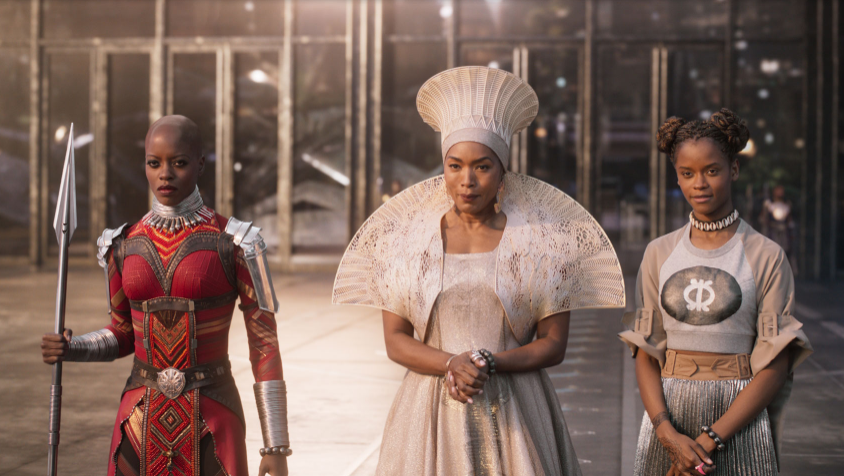 Costume designer Ruth E Carter accepted the award at the Oscars ceremony on 24 February 2019, when the superhero movie based on Marvel comic books received three prizes in total.

Set in the fictional, technologically advanced African nation of Wakanda, Black Panther broke box-office records and was widely considered groundbreaking for its almost entirely black cast, and the number of people of colour on the production team.

Among the elaborate costumes worn in the movie were a crown and huge shoulder mantle donned by Queen Ramonda, played by American actress Angela Bassett.

These designs were created in collaboration with Los Angeles-based Austrian architect Julia Körner, who has previously worked on 3D-printed haute couture for Iris Van Herpen and Chanel.

"Ruth E Carter had seen my 3D-printed work at the Paris haute-couture shows and contacted me," Körner told Dezeen. "Together with film director Ryan Coogler, they wanted to bring 3D printing into the costumes of the movie Black Panther."

"All I knew was that the movie was about Africa and technology," she continued. "Everything was top secret and I did not even know the name of the film, or the production." 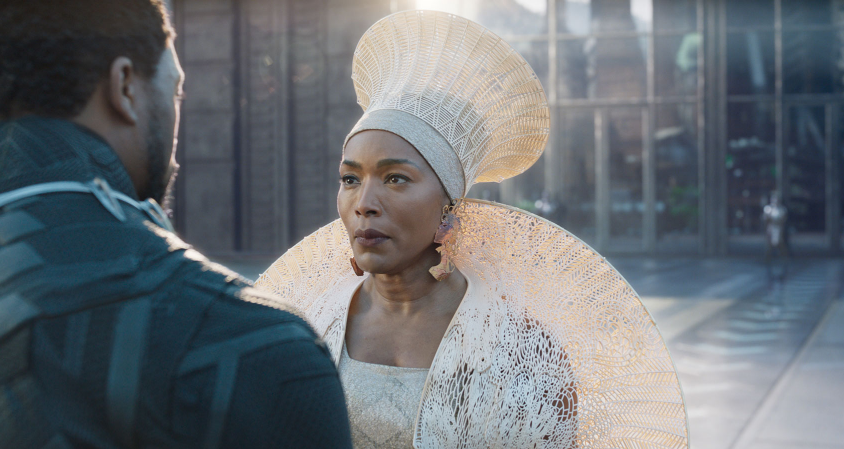 This involves using lasers to heat a bed of powder, fusing the microscopic particles layer by layer, then removing the surrounding excess material to uncover the finished product. The designs were fabricated by Belgian company Materialise.

Queen Ramonda's collar was fitted around the neck and over the shoulders, and fanned out in an arc behind her head. The matching headpiece, which was also created in black, flares out from the base towards an open circular rim.

"Based on these 2D patterns, I then developed the complex 3D structures in the computer with architecture computer software," she added.

The costumes were designed before Bassett was cast in the role. Once confirmed, Körner adapted the digital files to the actresses' measurements before sending them to the printer.

Despite their delicate appearance, the 3D-printed pieces are both flexible and hardwearing. "I saw backstage footage where Angela Bassett was dancing and I was surprised how durable the pieces were," Körner said.

"Over the past two months, I developed a customised statement piece for Ruth," Körner said in a statement. "We found inspiration in African imagery from the photographer Seydou Kaïta, and digitally crafted afro-futuristic patterns to an asymmetrical ensemble that references the 1950s fashion designs of Balenciaga." 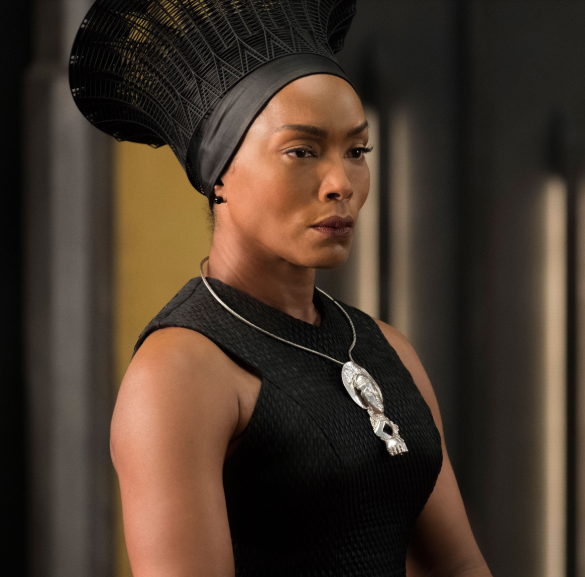 The architect also spoke to Dezeen about the advantages that technology adds to fashion design during an interview in 2014, when 3D printing was beginning to be used for apparel. It has since been utilised for everything from sports footwear to costumes for drag queens.

The sets were based on afrofuturist architecture and influenced by the work of Zaha Hadid, production designer Hannah Beachler told Dezeen after the film's release in Spring 2018.

Ahead of the 91st Academy Awards, we selected our top set designs from the nominees, including Roma, Isle of Dogs, and The Favourite – filmed at England's historic Hatfield House that was adapted by production designer Fiona Crombie.