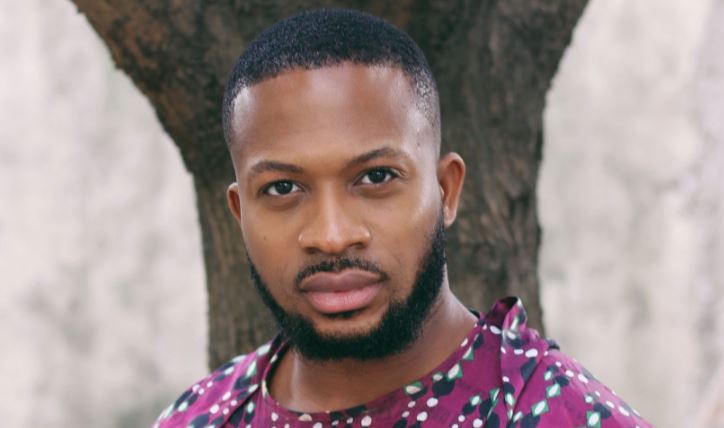 Nigerian designer Adebayo Oke-Lawal is using fashion to challenge racial and gender stereotypes. Speaking to Dezeen, he says he wants his label Orange Culture to kickstart a global movement for diversity.

At the age of just 28, Oke-Lawal has already launched several acclaimed menswear collections. With names like School of Rejects and Quirks Invasion, each range is designed to push the boundaries of what is traditionally considered masculine.

"I feel like people are afraid to talk about toxic masculinity because it makes them question who they are," he said.

"It is embedded in our society that men are supposed to do a specific thing," he continued. "These stereotypes have affected men in so many ways, generationally. It's a conversation we need to have."

Orange Culture "to be a movement"

Oke-Lawal was one of the speakers at this year's Design Indaba conference in Cape Town.

He told the audience how he had dreamed of being a fashion designer since he was a boy, but was pressured by his family into a more traditional career in finance.

Oke-Lawal describes his label Orange Culture as a movement

He managed to squeeze fashion internships in around his day job in a bank until finally he felt confident enough to take a leap of faith, launching Orange Culture in 2011. His mission for the brand from the start was to show young men not to be afraid to express themselves.

More than one type of man

The name Orange Culture references a story Oke-Lawal wrote for a writing class when he was 16, The Orange Boy, which detailed his own experiences of toxic masculinity. He sees the colour orange as an alternative to more typical masculine shades like red or blue.

"I grew up very different to most boys," he explained.

"I was going to an all-boys school, a very hyper-masculine all-boys school, and I was very tiny and I had big glasses. People would say 'talk louder', 'talk like a man', 'do this', 'do that'. There was always aggravation towards me just because of the way I presented myself. So I was bullied a lot."

"The Orange Boy was about a boy that was individual; he was unique, he didn't really fit in, but he celebrated it despite this," he continued.

Orange Culture's early collections caused a stir among Nigerians. Oke-Lawal recalls how one person told him he would go to hell, simply for dressing a man in a red suit. But this only encouraged the designer to continue.

"When I started I said I was going to use this brand to combat stereotypes and combat issues," he said. "No matter what everyone says is normal or within a specific space of normal, I'm going to question it."

The latest collection, Don't Look Under My Skirt, explores issues of privacy

Each collection Orange Culture has released so far has addressed a different issue among young men.

Pretty explored the problems affecting boys who have suffered abuse, based on conversations with real-life sufferers, while The Orange Moon, the label's Spring Summer 2019 range, was aimed at men who adopt a dual persona, one for their work life and another for their private life.

The latest collection, debuted at Design Indaba, is called Don't Look Under My Skirt. Featuring vivid colours, heavy satins and graffiti-style prints, it is about "telling society to not invade your privacy".

The brand has also battled stereotypes around racial identity, by creating a range of textile prints that challenge the idea that Ankara – a type of traditional wax print – is the only textile you can wear if you a true African.

The Orange Moon, for Spring Summer 2019, looked at men who adopt a dual persona

"Clothing can create an impact because it's changing ideologies, changing mentalities, breaking boundaries and stereotypes. Fashion, art and creative expression is a huge part of progression within our society."

"This is a different kind of strength"

Oke-Lawal's work is now attracting international attention. Orange Culture was shortlisted for the inaugural LVMH Prize in 2014 and was the first Nigerian brand to be stocked in London department store Selfridges.

The designer is now starting to look beyond how toxic masculinity affects men in Africa, at how anxieties centred around race and gender inhibit men all around the world.

Pretty explored the problems affecting boys who have suffered abuse

"Within our continent, we feel it more because there are a lot of issues that came before us," Oke-Lawal explained. "Being suppressed by slavery, men feel like they have had to put on a mask of strength just to fend for their families."

"But it happens everywhere,  in every country. Men are going through this all over the world," he continued.

"Everywhere there's a history of men having to show their strength. But this is a different kind of strength – this is emotional strength and this is intellectual strength."