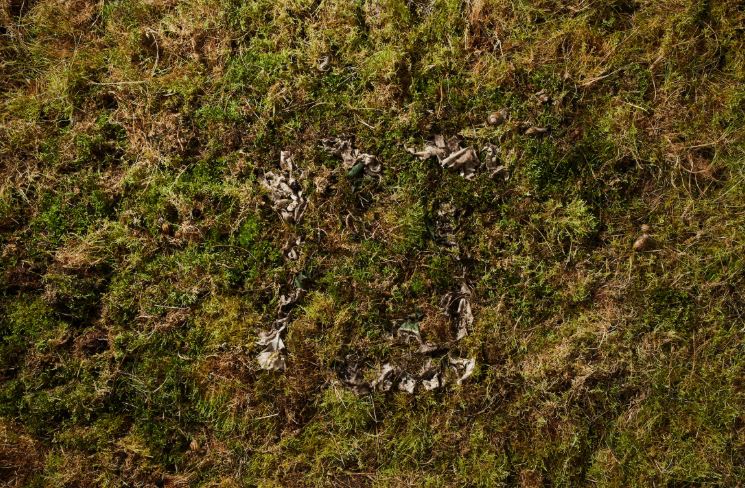 Tech-based clothing startup Vollebak has launched a T-shirt made entirely from wood pulp and algae, which breaks down in soil or in a composter within three months. The T-shirt itself is made from wood pulp sourced from sustainably managed forests.

Vollebak sources wood from eucalyptus, beech, and spruce trees, which are chipped and pulped before being turned into fibre, then yarn and finally fabric.

The green block design on the front of the T-shirt has been created entirely from algae grown in bioreactors in a process that turns the aquatic plant into a printable ink.

According to Vollebak co-founder Steve Tidball, each T-shirt is "unique" thanks to the natural properties of algae, which cause the green design to fade and change colour over time.

"You can think of algae as a space-age material that just happens to be 1.5 billion years old," said Tidball.

Once the T-shirt reaches the end of its life, it can either be put in a compost bin or buried in the ground, where the company claims it will decompose within three months.

"The plant and algae T-shirt needs the fungus, bacteria and heat from the earth to start to break down," Tidball told Dezeen.

"So if you want it to disintegrate you have to bury it in the ground or put it out in the compost – it's not going to happen in your wardrobe," he added.

According to Tidball, the speed at which the T-shirt biodegrades depends on the environment it's put in – the hotter the conditions and the more bacteria and fungi it's exposed to, the faster it will disappear.

"So while industrial composting will be the fastest, few people have access to that," he explained. "With home composting or with it being buried in the ground in soil, you're looking at around 12 weeks for it to disappear."

"In our tests during a summer heatwave, composting it beat burying it in soil, but at another time of the year the result could be the other way around," the designer added.

Once decomposed either in the ground or a compost bin, the T-shirt becomes "worm food" – transformed into the same matter as the dead plants, grass, and leaves on the ground that are eaten by worms.

This residue is then dried in the sun to create a fine powder, before being mixed with a water-based binder to make the algae ink.

"Algae can't survive once it's removed from water, so the algae on the T-shirt is no longer alive," explained Tidball.

"And because it started life as a plant rather than a chemical dye, the natural pigment in algae is more sensitive and won't behave like colour normally does on clothing," he continued.

"As soon as it comes into contact with air it starts to oxidise, which means the green will begin to change colour and your T-shirt may look different from one week to the next as it fades, making every T-shirt unique," Tidball added.

The experimental clothing brand previously created a colour-shifting jacket that uses embedded black glass spheres to emulate the camouflage qualities of a squid, and another jacket made from graphene.

"As the original source of all plant life on the planet, [algae] consumes carbon dioxide, produces up to 80 per cent of the oxygen on Earth, and even holds the key to our survival on other planets," said Tidball.

"So having already put man-made super-materials like graphene and carbon fibre into clothing, we wanted to start the journey of getting algae into clothing too,"he added.